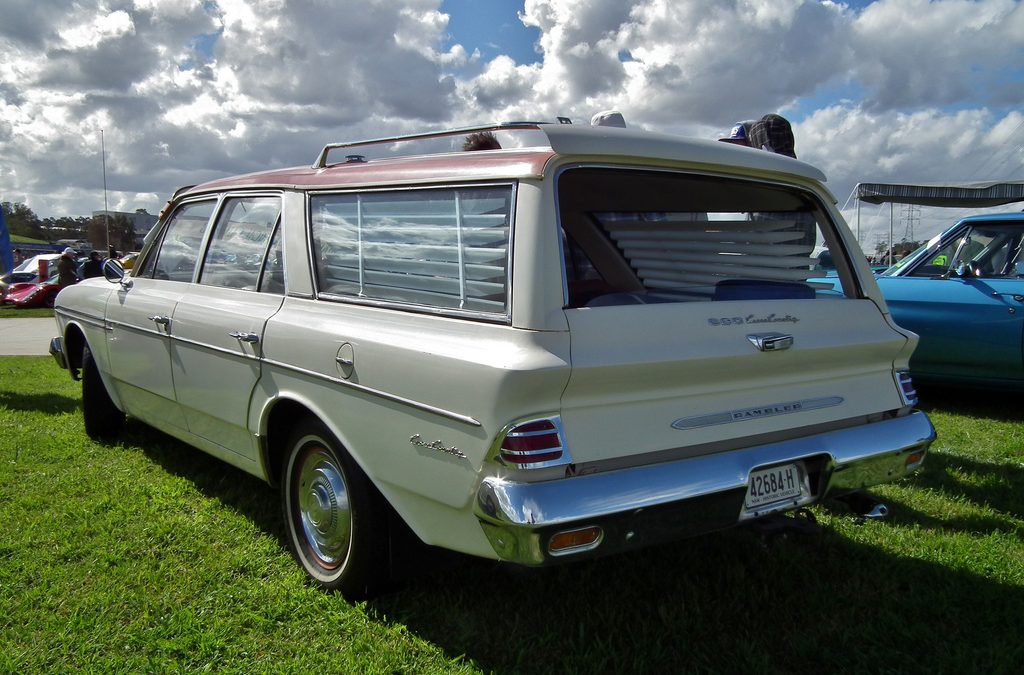 It was early evening as we coasted into the small city of Fort Collins, Colorado. The new spring sky was turning into that hazy, pinkish orange as the sun set behind the Rocky mountain range.

Weary from the long journey from our first home in Casper Wyoming, we clambered out of our dusty, light blue, 1960 Rambler station wagon, onto the front lawn of our new home.  The harsh smell of chimney smoke from neighboring houses, scorched the inside of my nose.

I leaned against the car and watched Mom search her purse for something. “Where is that key?” Five minutes of scrambling through her senseless belongings had

passed before she finally clasped her purse shut and spouted something as close to swearing as she dared. “Oh shoot!” Mom was a preacher’s daughter. And cursing was a strait ticket to H. E. double toothpicks.

My older brother Dan, the adventurous one, was overcome with curiosity, and wandered off to roam the outer premises. My sister, Peggy, the oldest of us three kids and the most impatient, gave a loud huff and returned to the car in search of any remaining travel snacks. She returned shortly after with a large, nearly empty bag of Lays potato chips, and went to work, digging out the remains of the crushed chips from the bottom and stuffing them in her mouth. Particles of the chips caught on the frills of her light blue blouse and fell to the concrete sidewalk around her feet.

I lost interest in watching mom and slumped down to the lawn a half a car away and daydreamed about swimming in the ocean with a dolphin named Flipper. Just like the TV show my family watched religiously, every Wednesday night. “When can we go inside?” I asked.

“I can’t find the key, honey. We’ll have to wait for your father.” Mom had told us earlier that Dad had gone to Fort Collins a few weeks earlier to find a house, a job, and get things settled.

No sooner had Mom finished her explanation, when a black 1949 Chevy Sedan drove up behind the Rambler. At the sight of the Sedan pulling up, Danny came prancing back from his short adventure from behind the house. A smile was plastered across his face as if he had discovered a rare treasure. I stood with a curious excitement and ran to stand next to Mom.

A man rolled out of the car wearing a fedora and a plain blue zip up jacket. His hefty figure made it impossible for him to zip his jacket up all the way. So, it hung half open, showing a white Chef’s coat. It was Dad. He must have been coming from his new job. He walked towards us with a puzzled look. “Why is everyone out here?” He asked.

Mom gave Dad a smile of relief and a peck on his cheek. She was about to explain when Peggy jumped in between Mom and Dad.

“Hi Daddy!” She shouted as if Dad were across the street, “Mommy lost the key to the house and we couldn’t get in and Danny hit me with his pillow. Robby got sick on the way so we had to pull over and—oh! That reminds me! I have to go potty. Can we go in? Which room is mine? Mommy said I get my own ‘cuz I’m a girl and—”

“Peggy, will you be quiet! You’re a regular chatter box!” Mom scolded.

“Hey Robby, look what I found in the backyard,” said Danny. He reached in the pocket of his blue jean jacket and pulled out a small rubber dinosaur. It was Dino, from the cartoon show, “The Flintstones.” It was orange and the tail had been bitten or chewed off.

“Big deal,” Peggy whined. She was still licking her wounds from Mom’s scolding and the fact that she was labeled chatterbox.

“You’re just jealous because you didn’t find it,” taunted Danny. “You can have it if you want it,” he said, still holding it out to me. Without a word, I snatched it out of his hand and held it in front of me for further inspection.

“That’s nice honey,” Mom replied without looking. She and Dad were too engrossed in business to be interrupted. “I don’t know where I put it.”

“Let’s deal with it later,” said Dad. “You guys want to see the house?”

“Yeah!” I yelled. Danny looked at Dad like he didn’t understand why he was asking, and Peggy rolled her eyes and crossed her arms.

The rest of the evening was consumed with exploring every room, closet and cupboard, unpacking, and preparations for bed. Mom and Dad got the bedroom with its own bathroom, Peggy got the bedroom with wood flooring like the living room, and Danny and I got what used to be a family room. The floor was tile on concrete. But the room was huge and we had already planned what was going where. Unfortunately, the fort and trampoline were immediately ruled out. But we hoped, secretly, that we could still build out Bat Cave. The moving van wouldn’t arrive until the next day, so we had to create makeshift beds out of blankets on the floor and coats for pillows.

Long after our usual bedtime, the beds were finally situated in all the rooms, and we were nestled in for the night. Just as Dad was about to turn the lights off in our room, he said, “Oh! I better lock the door so the bears can’t get in.”

My eyes grew wide as my imagination was overtaken with visions of big brown furry bears snooping around our house. Danny rolled his eyes. “There are no bears, Dad!”

Dad winked and smiled. “if you say so.” He said good night as he flipped the light off. Despite my brother’s factual statement of no bears, I lay awake trying not to think of them. I Imagined how I would escape if they somehow got into our room.

The moonlight shone through a small window above us casting eerie shadows on the wall. I saw something shiny in Danny’s hand as he held it up, turning it round and round with his fingers. When he stopped, I could see that it was a key. I wondered what it was to, but I was too scared of the bear shadows to ask.

The fears eventually gave way to better thoughts. Images of all the new things I had seen and the wonderment of what kind of new adventures I would encounter filled my imagination. Until I slowly faded off to a peaceful dream of swimming with Flipper the dolphin and my new friend Dino, the dinosaur.